The 1990s: Consolidation of the industrial business and a number of major equity transactions

The 1990s began with an economic crisis. Rapidly rising interest rates caused the stock exchange to fall, triggered in part by the invasion of Kuwait by Iraq. This was followed by a serious recession, rapidly falling real estate prices and a banking crisis. The value of Industrivärden’s market portfolio initially fell by 22% before the recovery began.

Financier Erik Penser joined the Board, while Anders Wall left it. In 1994, Clas Reuterskiöld became the new CEO, while Handelsbanken’s Chairman Tom Hedelius was elected onto the Board. In terms of operations, the 1990s at Industrivärden were marked by several large transactions in its portfolio of listed companies. Certain long-term holdings were sold, while others were added, acquisitions that remain significant to Industrivärden to this day.

For example, subsidiary PLM was subject to extensive restructuring. Its operations were concentrated on packaging that could be recycled or reused, such as glass packaging or beverage cans. Industrivärden then took the company to the stock exchange in 1995, only to sell its remaining holding to UK-based packaging manufacturer Rexam three years later. Rexam still has extensive operations in Sweden. This ended nearly 40 years of holdings in PLM. 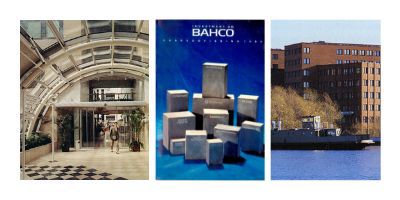 Industrivärden’s holding in gas company AGA went even further back in time, all the way to the 1910s, when Handelsbanken invested in AB Gasaccumulator. However, in 1999, after AGA’s operations were refined, including divestment of its subsidiary Frigoscandia, the last shareholding was sold. German gas group Linde has been the owner of AGA ever since.

Industrivärden’s other major acquisition came towards the end of the 1990s with a significant shareholding in industrial group Sandvik. For Sandvik, this meant a return to Industrivärden’s portfolio after having been in it for a while from 1978 (after the Fagersta transaction with Kinnevik) and way back in the 1920s with Handion. 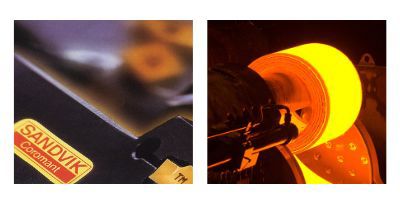 At the end of the period, after sales and acquisitions, eleven portfolio companies had been reduced to seven.