Ever since Industrivärden’s creation in 1944, the company had been actively involved in its major shareholdings by holding positions on the companies’ boards. In the 1970s, they went a step further and decided that Industrivärden’s investment strategy would be based on a clear, long-term responsibility as a shareholder in companies in which it was the dominant shareholder. The strategy also involved Industrivärden participating in structural measures to enhance competitiveness. One example of this was Industrivärden’s continued efforts to transform the building materials sector, with transactions involving companies such as Gullhögens Bruk and Förvaltnings AB Handus.

In 1971, Ericsson, SCA, Boliden, PLM, AGA and Grängesberg were otherwise the biggest holdings in the portfolio, which the company continued to diversify. New arrivals included mining giant Atlas Copco, automotive manufacturer Volvo, pharma company Astra, and Alfa Laval, which had been in Handion’s portfolio back in 1924.

The early 1970s were marked by great uncertainty about continuing economic performance. Although, for many years, labor costs had increased more in Sweden than in other industrialized countries, they had been counterbalanced by greater productivity. This trend was now reversed. The world economy was also struggling with an oil crisis that caused commodity and fuel prices to rise. This entailed increased Swedish production costs, a weaker ability to compete internationally and thus reduced profitability. Many companies were forced to issue new shares to raise new capital, and Industrivärden strove to participate fully in each share issue. For liquidity reasons, however, it was forced to sell its warrants in AGA, Fagersta and Ericsson.

On the financial side, Industrivärden broke new ground when it issued the first modern convertible loan in Sweden in 1977.

Despite the crisis years in the 1970s, Industrivärden was able to continue increasing dividends issued every year, a tradition it had had since its start in 1944. This was possible because of its large, differentiated equities portfolio, which distributed the risks, and because of cash flows from its stable, profitable subsidiaries.

What had been a relatively small holding in retail company Åhlén & Holm (now Åhléns) grew during the decade, culminating in Åhléns merging with retail companies NK and Turitz towards the end of the decade. Rune Höglund, who was CEO of both Handelsbanken and Åhléns, and Chairman of the Board of AGA, became CEO of NK/Åhléns in 1977.

In the late 1970s, Industrivärden sold its stock in Fagersta to Kinnevik, marking the end of a long-term holding. This was replaced by a shareholding in Sandvik which was Industrivärden’s sixth largest portfolio holding. The sale was made to give Fagersta a new ownership structure, while Industrivärden came to focus on more processed metal products.

Its focus on the construction, building materials and real estate industries remained. Industrivärden now had three large associates there: John Mattson, Olsson & Rosenlund and Gullfiber. This JIMOR group underwent significant restructuring in the early 1980s, resulting in a clearer division of responsibilities with simpler management according to the distinctive nature of each company. The group’s real estate management operations became stable and profitable and were among the biggest in Sweden. 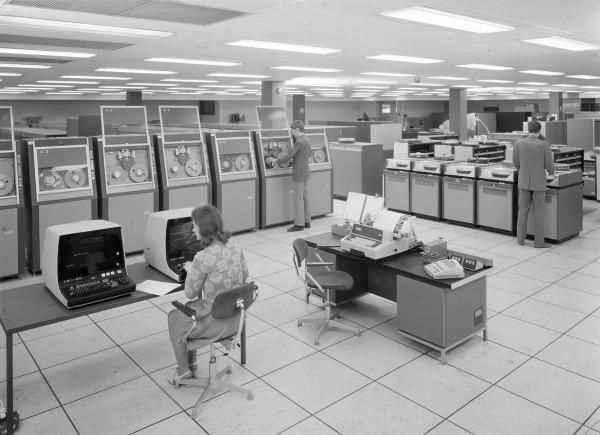